Khayelitsha Cookies takes a Gold at the Impumelelo Awards Ceremony 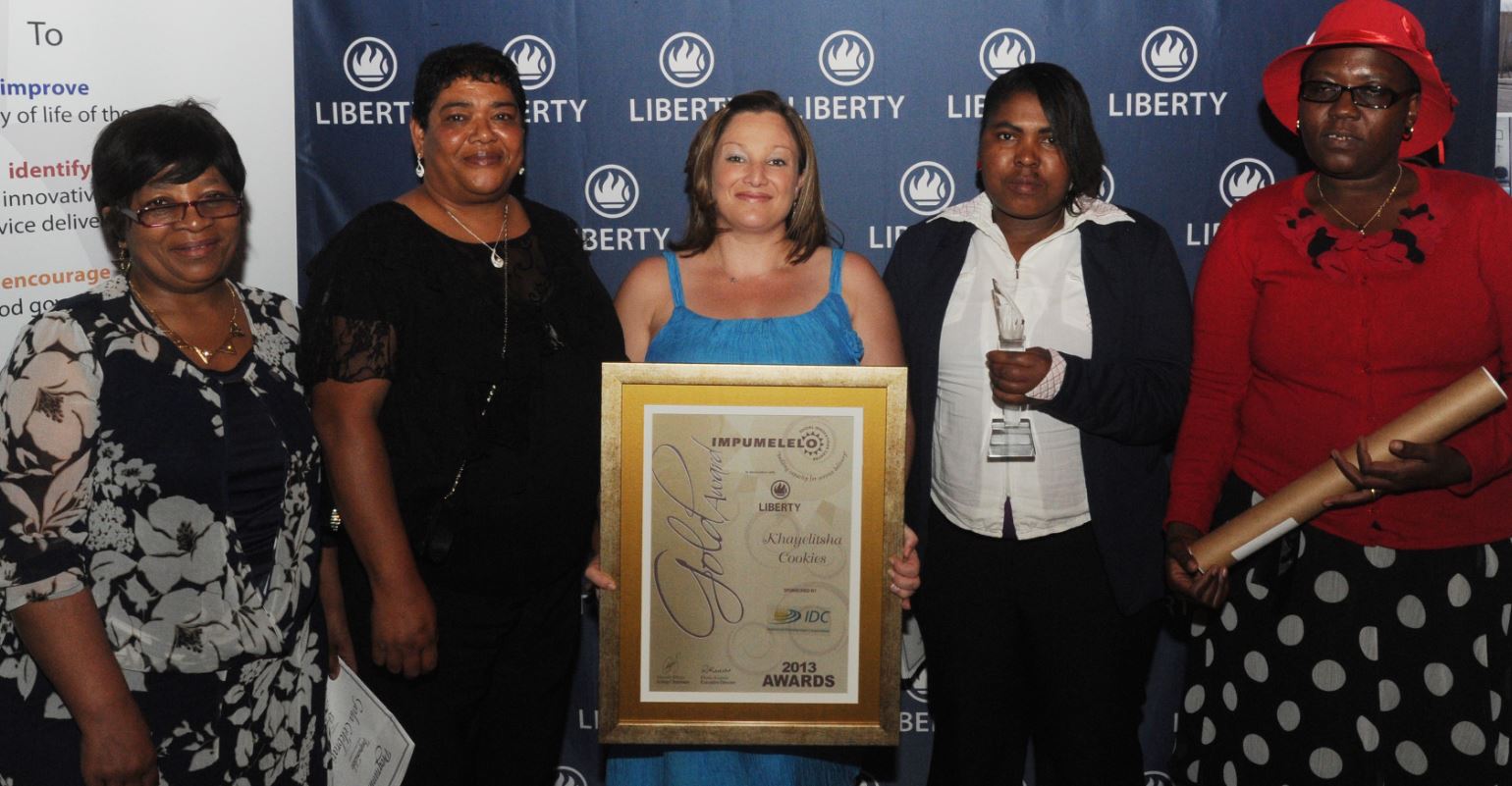 The awards ceremony was an entertaining evening with performances by opera singer, Goitsemang Lehobye and comedian Kurt Schoonraad. Prof Jonathan Jansen gave the keynote address, as well as the Guest of Honour, Minister of Science and Technology, Mr Derek Hanekom, who then handed over the awards.

Receiving the top Social Entrepreneur award this year was Shanduka Black Umbrellas, who seeks to address low levels of entrepreneurship amongst black-owned businesses in South Africa, primarily through business incubation.

The Platinum Awards went to the FASD Intervention & Prevention programme, where pregnant women, mothers and babies are targeted in the De Aar area of the Northern Cape to address Foetal Alcohol Syndrome; Walmer Link Affordable Housing; Lawhill Martime Centre, a High School that attracts students to the shipping industry and job security through specialised subjects like Maritime Economics and Nautical Science; and the Skillz Street programme developed by an organisation called Grassroots Soccer.

A further nine Gold Awards and 12 Silver Awards were given out. Khayelitsha Cookies was awarded a Gold award!

The Impumelelo Social Innovations Centre finds the organisations around the country, which solve public problems, studies exactly how they beat the odds, and tells South Africa about it. After doing this since 1999, Impumelelo has become a sought-after repository of more 1000 public service models that can be adapted to work in other locales.

We were very pleased to be recognised for our efforts in combatting unemployment in our beloved South Africa!